The 7 Best Animal Shelters in Arizona! 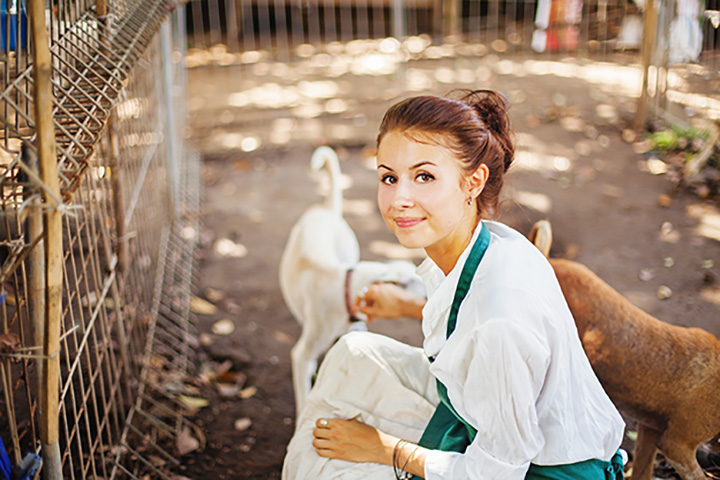 Animal shelters play an important role for millions of homeless animals. Approximately 7.6 million animals enter animal shelters nationwide every year, according to statistics provided by American Society for the Prevention of Cruelty to Animals. For animals, these shelters not only provide temporary shelter but also the chance of adoption and a second chance. Here in Arizona, there are many organizations whose efforts help to rescue, rehabilitate, and release animals in need. Here are the 7 best animal shelters in the state.

The Arizona Animal Welfare League & SPCA is the largest and oldest no-kill shelter in Arizona. Founded in 1971 by a small group of animal lovers, the shelter has grown into a large-scale operation that offers many services. Every year, the AAWL & SPCA rescues and rehabilitates over 4,000 cats and dogs. In addition to providing shelter services they provide behavior training, medical care, adoption services, and community outreach. Additionally, they have a foster parent network of 150 families that provide care and shelter for animals needing extra attention.

Friends for Life is a privately run limited-intake organization aimed at rescue, spay and neuter, and adoption of animals. Since 2013, their rescue and adoption efforts have been housed out of Gilbert. Friends for Life is a nonprofit, volunteer run no-kill shelter. They are dedicated to curtailing animal abuse, neglect and homelessness. Friends of Life promote several education programs as well as spay and neuter procedures in an effort to curb animal overpopulation.

Arizona Small Dog Rescue is a non-profit no kill rescue shelter. Their animals come from other Phoenix shelters as well as owner and stray surrenders. Their group of volunteers help to spay and neuter, vaccinate, medically examine, and microchip the shelters many small dogs and cats. In order to ensure successful adoptions, the Arizona Small Dog Rescue prescreens homes and also works to help the animals with socialization skills.

4 Paws Rescue provides temporary care for cats in the Sun Cities area. Through volunteer efforts, this shelter rescues and cares for homeless cats and transitions them into foster homes or permanent adoptions. Since 1996, 4 Paws has served the Sun Cities area while facilitating adoptions out of their Youngstown and Peoria locations. They also have adoption programs out of the PetSmart in Surprise and Lake Pleasant.

HOPE Animal Shelter is Tucson’s first no-kill shelter and sanctuary for cats and dogs. Since 2006, they have provided a no-kill, cage-free sanctuary for animals awaiting adoption. Their environment helps to allow animals to socialize and prepare for transitions into a home. They host adoption days every weekend at the Tucson PetSmart for prospective adopters.

Home Fur Good was established in 2009 by a group of animal welfare advocates in order to eliminate euthanasia in animals in Maricopa County. This no-kill animal rescue organization provides medical care, spay and neuter procedures, and outreach education to pet owners to help accomplish their goal. The group also provides each animal with daily exercise, comfortable living spaces, and nutritious food until they find an adoption placement.

Lucky Dog Rescue is a non-profit and volunteer led animal rescue organization in Scottsdale. Started in 2004, Lucky Dog Rescue originally started as a Dalmatian rescue but has expanded to include dogs of all breeds. They offer obedience-training classes, vaccinations, and micro chipping for their animals. Lucky Dog doesn’t have a facility but rather houses its animals in foster and boarding communities while they await adoption.

View more Arizona Animal Shelters.
Select a Arizona town to find
the Best Things-To-Do and Places To Go around you