The 8 Best Comedy Clubs in Arizona! 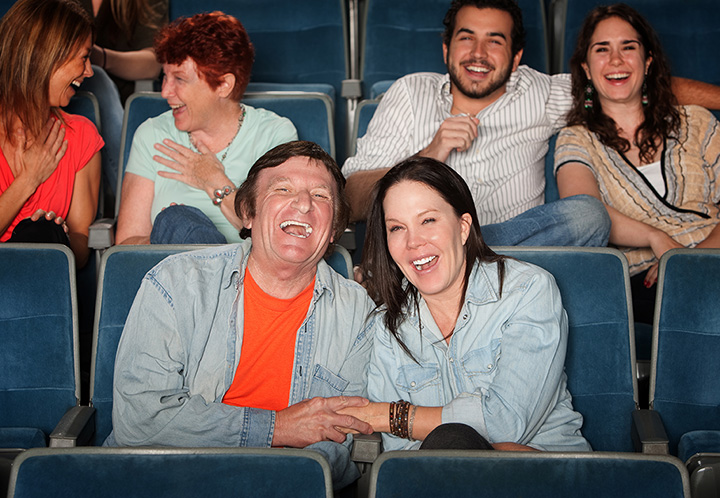 Looking for a night out? Spend your money on an experience, on something that counts: Laughs. Comedy clubs are a great alternative to the typical weekend routine. Arizona is home to several top-notch clubs that have attracted some of the biggest names in comedy.  Here are the 8 best comedy clubs for a night full of laughs.

If you have a favorite comedian, odds are they’ve been to Stand Up Live. Stand Up Live offers the best chance to see top-level talent in Arizona. They’ve hosted some of the biggest names in comedy including Bill Burr, Jeff Ross, and Dave Attell. Stand Up Live also has the best location of any comedy club in the state. Located in downtown Phoenix’s CityScape, Stand Up Live is surrounding by many options for a preshow dinner and drinks. Seating is on a first come first serve basis so make sure you give yourself ample time to get to the show.

Tempe Improv has been a local comedy hub since 1988. Located near ASU’s main campus, this club has been a favorite among young adults and comedians looking to break through into the comedy world. Tempe Improv has all the components of a classic comedy club. The comedians perform in front of a red brick wall. The walls are lined with photos of previous performers like David Spade and Gabriel Iglesias. And there’s a two-drink minimum to ensure maximum laughter from the audience.

Rick Bronson brought the laughs to North Phoenix in 2014. That’s when he opened the House of Comedy on High Street. Since then, this club has been a go to among Valley comedy fans. This Vegas-style comedy club regularly hosts big name comedians including SNL vets Norm Macdonald and Kevin Nealon. You can grab a drink at their bar, affectionately referred to as “The Heckler,” and snack on some of their bar food before the show.

Tucson’s only stand up comedy club is also the oldest comedy club in Arizona. Laff’s Comedy Club has been in operation since 1988. Since then, they’ve hosted the likes of legendary comedians including Jerry Seinfeld, Robin Williams, and Ellen Degeneres. You won’t get cheap laughs, but you can get your laughs for cheap. Laff’s has no cover and numerous food and drink specials. You can see national headliners on Fridays and Saturdays or check out the local talent at open mic nights on Thursdays.

No two shows are the same at The Neighborhood Comedy Theater. This comedy theater holds shows, classes, and workshops dedicated to improv comedy. Their cast performs high energy, interactive shows every Friday and Saturday and puts on over 300 shows per year. If you’re looking to get in on the fun, you can attend one of their numerous improv classes geared towards students of all ages.

Talking Stick is known as a resort and casino, but it’s also a major player in the comedy game. Their 650-seat theater plays host to Vegas-style shows, concerts, and comedians. The venue, known as the Showroom, was built in the model of a concert theater. You’ll get the full experience whether you book a general admission ticket or a private table. The Showroom is stocked with comfortable seating, a full bar, and top bookings that make for a perfect comedy going experience.

Unscrewed Theater is serious about being silly. They showcase this motto by hosting improv shows every Friday and Saturday night. Their high-energy show is perfect for families and only costs $5. Fans of raunchy humor can check out their uncensored shows hosted on several Saturdays throughout each month. Unscrewed is also committed to spawning a new generation of improv fans. They hold year-round improv classes geared towards turning novices into improv heroes.

The best comedy has been born in the unlikeliest of places. Many of today’s top comedians got their start doing open mic nights in dive bars. Monkey Pants Bar & Grill is a dive bar that hosts a free comedy night every Thursday at 8 p.m. You may not find Jerry Seinfeld, but there are plenty of local comedians putting their hat in the ring. Monkey pants also offers food and drink specials during the comedy acts. This late-night hangout is also known for their goldfish races, karaoke, and shirtless shots.

View more Arizona Comedy Clubs.
Select a Arizona town to find
the Best Things-To-Do and Places To Go around you