The 14 Best Festivals in Arizona! 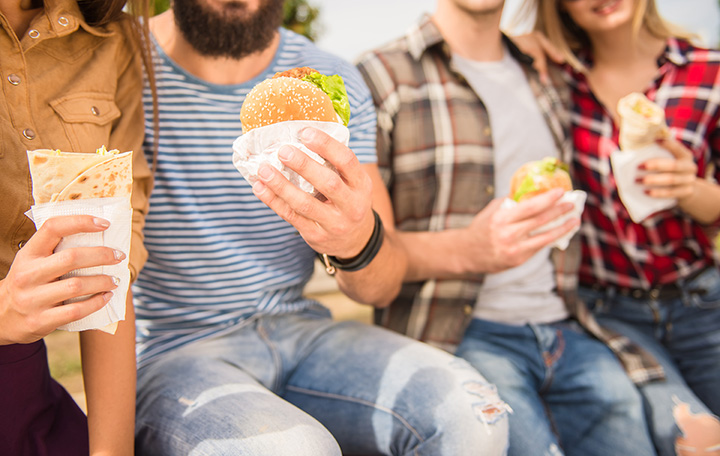 Arizona is a popular destination for fans of sunshine, good weather and the outdoors. It's only natural that Arizona is home to some of the best festivals in the country. Festivals across Arizona reflect the multicultural and diverse demographics of the state. It's hard not to appreciate a place that celebrates the arts as much as it does tacos. Here are the best of the best festivals Arizona has to offer.

Every October, Arizonans unite in their love of all things taco. The Arizona Taco Festival at Salt River Fields is an all-out taco-topia. Visitors can enjoy a variety of tacos from local establishments including Dos Gringos, El Hefe, Salty Senorita and Wasted Grain. Events include taco eating contests, live music, tequila expos, margarita mixology expos, and a Chihuahua beauty pageant. Fans of the truly obscure can enjoy their tacos while watching luchadores participate in Lucha Libre Wrestling.

Every first Friday of the month, downtown Phoenix hosts one of the largest self-guided art walks in the country. Locals are free to roam around the arts district and Roosevelt Row—recently named one of the "Top 10 Arts Districts in the U.S." by USA Today. In addition to exploring the local artwork, attendees can discover local food trucks, shops, and music on their walk around the city.

The Mortimer Family Farms Pumpkin Festival is a celebration of fall in a state that doesn't usually get to experience seasons. Located in the northern city of Dewey, this festival runs the entire month of October and attracts people from all over the state. The festival's highlight is a 15-acre pumpkin patch and a 25-acre corn maze. Family friendly activities include dog and pig races, barn dances, hayrides and the art of "Punkin Chunkin"—or launching pumpkins with a trebuchet. Patrons can also purchase fresh corn, cider and pies made right on the farm.

All festivals inherently cater to foodies. But Street Eats Food Festival takes it one step further. Street Eats regularly attracts the best food trucks in the southwest. This two-day festival includes cooking demonstrations, eating contests, and over 50 food trucks with a broad range of cuisine.

Talk about tradition. The Arizona State Fair has been held at its current site since 1905—before Arizona was even considered a state. About 20 percent of the state population attends the fair every year, making this a popular event for all demographics. With a combination of carnival rides, games, concerts, food, and competitions, it's clear why the Arizona State Fair has withstood the test of time.

Looking for a creative spark? Head to the Phoenix Festival of the Arts. This art festival connects over 100 art vendors and cultural organizations with the local community. In addition to enjoying the local music and poetry scene, festivalgoers will have the chance to unleash their inner artist as part of the Phoenix Mural Project. The project is a hands-on opportunity for community members to paint alongside local artists.

Las Noches de Las Luminaries brings a southwestern flare to the holidays. This festival revolves around thousands of lit luminaria bags and twinkle lights enhancing the southwestern beauty of the Desert Botanical Garden. Attendees can stroll the garden while also attending concerts ranging from handbell ensembles to the classical cover band Simply Three.

The Arizona International Film Festival has put the spotlight on independent filmmakers for over 25 years. In fact, filmmakers from over 90 countries have screened over 2,600 films since the festival began in 1990. Movie lovers get a break from the big budget blockbuster of Hollywood in favor of truly independent and uniquely diverse movie-going experience.

The medieval era comes alive at the Arizona Renaissance Festival. The annual festival gives visitors a chance to recreate and experience the feel the 16th century. The village is filled with over 2,000 costumed characters and 13 festival stages that unite kings, queen, knights and jesters. For the grand finale, grab a turkey leg and watch a joust to the death in the main arena.

La Fiesta de los Vaqueros, or the Tucson Rodeo, is one of the largest festivals in Arizona. The week-long festival is kicked off by the Tucson Rodeo Parade, which features western-themed floats and marching bands and attracts an estimated 200,000 spectators per year. The rodeo attracts over 650 contestants that participate in events including bull riding, steer wrestling, roping, and barrel racing.

The Dia de los Muertos Festival is a celebration of multi-cultural roots in Arizona. The Cultural Coalition, who aims to preserve the rich multicultural customs and traditions of Hispanic Americans, leads the annual celebration of “Day of the Dead.” The festival includes hundreds of masked entertainers performing music, dance and theater to proudly honor this holiday's customs.

Phoenix Fan Fusion is the ultimate stop for pop culture super fans. Dress in your favorite costume and join the convention celebrating pop culture icons, comic books, television and movies. Comicon attendees will get the chance to interact with celebrities, attend guest panels, and geek out with fellow pop culture junkies.

Country Thunder is the go to country music festival in the state of Arizona. Located in the rural area of Florence, country music fans flock to camp out and see their favorite artists perform. This four-day Bacchanalia is as much of a party as it is a concert.

Held annually around Halloween, the Salt River Fields Spooktacular Hot Air Balloon Festival is a family friendly event with no shortage of activities for kids. Over 4,000 pounds of candy are given out annually to trick-or-treaters. Additionally, families are invited to enjoy the haunted trail, kids zone, and enjoy a tethered balloon ride on one of the many hot air balloons.

Phoenix Festival of the Arts

Phoenix Festival of the Arts

Movies by Moonlight - The Grinch

10:00 AM
Santan Village, Gilbert, AZ
Learn More
Show More
Select a Arizona town to find
the Best Things-To-Do and Places To Go around you