The 5 Best Places for Fried Chicken in Arizona! 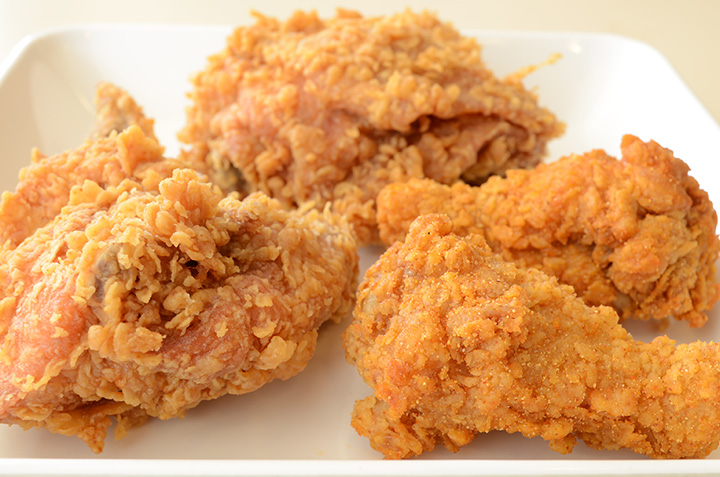 Forget about fast food. Arizona has plenty of fried chicken spots that hold their own against Colonel Sanders. These renowned spots dish up the crispiest, most tastefully battered chicken in the state. Pick a side dish and gear up for the best fried chicken spots in Arizona!

Phoenix’s unofficial grandmother is Elizabeth White. She’s earned her title by dishing up some of the most addictive fried chicken in the Valley since 1964. Mrs. White’s Golden Rule Café is a downtown soul food staple. The walls are lined with images of famous athletes, politicians, and public figures that have gorged on their southern comfort food. Mrs. White’s has it all from fried collared okra to mac and cheese. Their signature dish, however, is the golden brown southern fried chicken. It comes in white and dark meat and was featured on Food Network’s “The Best Thing I Ever Ate.”

Lo-Lo’s Chicken and Waffles takes a page out of Mrs. White’s Golden Rule Café. That’s because it’s the brainchild of Larry White, grandson of Elizabeth White. This spinoff restaurant takes fried chicken a step further by pairing it with secret spices and waffles. That’s right: you can enjoy syrup-doused waffles and crispy fried chicken at the same time. Lo-Lo’s has become a local legend through their inspired menu and their own take on Mrs. White’s chicken.

There’s nothing lucky about Lucky Wishbone’s success. Established in 1953, they’ve grown from a small Tucson hole-in-the wall into an omnipresent chain with seven locations. Behind all their success is mind-numbingly delicious fried chicken. This fast food restaurant sells all white, all-dark or a mix of drumsticks and thighs. Each combo is served with signature fries and garlic toast. It may not be healthy, but it’s fast, greasy, and tasty.

You can try flavors of the American south at Southern Rail. This Phoenix restaurant derives its menu from various stretches of the south including the Carolinas, Georgia, Alabama, Mississippi, and New Orleans.  That means no shortage of Cajun food, seafood, and comfort food. Their fried chicken comes with a generous portion of chicken from the wing, breast, and leg. It also comes with Yukon gold mashed potatoes and corn on the cob. Filling, simple, and delicious. Their fried chicken dish does it all.

The Larder + The Delta, Phoenix, AZ

The Larder + The Delta is a hidden gem—emphasis on hidden. It’s located inside downtown Phoenix’s DeSoto Central Market. The entire operation boils down to a couple of stools and a kitchen. But don’t be fooled by its cover. The Larder + The Delta serves up some of the best southern food in the Valley. You can find everything from cauliflower to crispy pig ears on their menu. The real star of the menu, however, is the fried chicken. You can get it in any style including Nashville hot, chicken and a biscuit, and a fried chicken skin po boy.