The 10 Best Neighborhood Bars in Arizona! 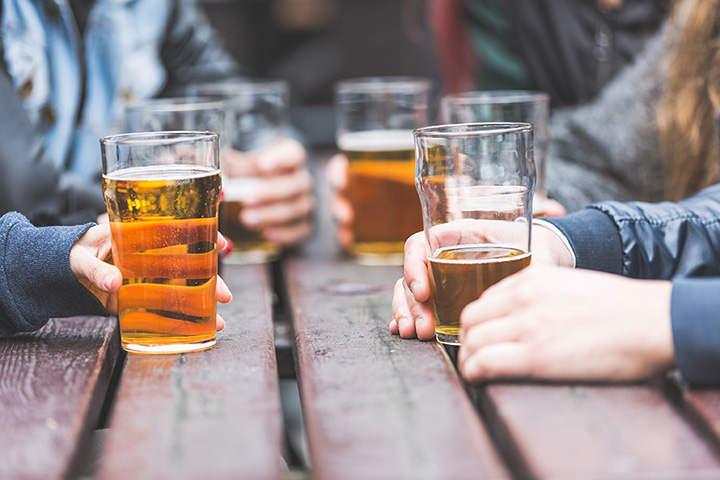 What makes a good neighborhood bar? For some, it’s the allure of classic bar games and nightly events. For others, it’s the no-frills atmosphere. And it doesn’t hurt that the drinks are usually priced fairly. The following local watering holes have all these features and more. Check out these popular neighborhood bars on your next night out.

There’s no denying that Arizona has gone through massive changes in recent years. Coach House is one thing that’s remained the same. This longstanding bar has been a Scottsdale staple since 1959. It’s iconic old-school building is a refreshing change of pace in the midst of Old Town Scottsdale’s glitz and glamor. Coach House is known for its cheap drinks, patio, and eclectic patrons. It’s also open 6 a.m. to 2 a.m. 365 days a year.

Tucson has no shortage of popular bars, but none quite stack up to Dirtbag’s. This small, neighborhood bar sits right on the edge of the University of Arizona campus. The prime location and cheap drinks have been attracting Wildcats for generations. Dirtbag’s is as ingrained in U of A tradition as chanting Bear Down or jumping into the Old Main fountain. It’s truly “a part of growing up. “

Tucson’s oldest bar is also it’s most unique. The Buffet has been a Tucson classic since it was established in 1934.  Located near the 4th Avenue shopping district and downtown, this bar has countless loyal customers. The Buffet has stood the test of time thanks to its cheap drinks, pub food, and no-frills vibe. You’ll find graffiti on the walls, shuffleboard, and plenty of draft beer. The Buffet is open daily from 6 a.m.-2 a.m.

Pattie’s First Avenue Lounge has the look and feel of a friendly neighborhood bar. Its patio is home to ping pong, pool tables, and blaring speakers. The walls are lined with dollar bills signed by former patrons. It’s the kind of place where you relax with a beer during the day or mingle with busy crowds at night. Pattie’s is also located in the heart of Old Town Scottsdale. It’s a refreshing change of pace from the club-like atmosphere of the neighboring bars.

Rum Runner’s may be new, but it already has an army of loyal followers. This Phoenix neighborhood bar opened in 2012. The pirate-themed bar hosts daily activities to attract lively crowds. You’ll find shuffleboard tournaments, goldfish races, trivia, and karaoke throughout the week. Rum Runner’s is a favorite of rowdy Phoenicians. You’ll find Jell-O shots, cheap draft beer, and pirate swag giveaways at this local hangout.

You don’t have to break the bank at Doc & Eddy’s. This Tempe neighborhood bar has so many specials that you rarely have to pay full price. Their happy hour runs from 11 a.m. to 7 p.m. seven days per week, but they also have daily lunch specials and reverse happy hour. This sports bar has been a Tempe hangout since 1984. It’s a great spot to watch a game, play some darts, and even sing karaoke. What more could you want?

The Tempe Tavern is as fun as it is historic. This old-school bar is located in a dairy barn that dates back to 1918. Today, it stands as one of Tempe’s friendliest hangout spots. You’ll find locals grubbing on pub food, watching sports, playing bar games, or listening to live music. This rustic neighborhood bar also has the look of a casual spot: it’s covered in stickers, beer signs, and graffiti.

The Well Bar is one of Scottsdale’s most beloved drinking establishments. This laid-back bar is a go-to spot for watching football, playing bar games, and of course, drinking. The Well Bar has a number of cheap drink specials, none better than their “power hour.” This daily event runs from 10-11 a.m. They also offer additional discounts for regulars who sign up for their text service or ride their bike to the bar. Looking for an early morning visit? The Well Bar opens every day at 6 a.m.

The Vine has been an ASU staple since 1986. This Tempe hangout actually has roots at the University of Iowa. The first Vine opened as an Irish Pub in Iowa City in 1970. They now have two Valley locations, each with a mix of cheap beer, delicious bar food, and plenty of TVs for the big game. Are you looking to save some money? Make a trip to the Vine during happy hour. You’ll find discounted nachos, wings, and $3 well drinks.

The “world famous” The Nugget has no problem attracting local Tucson residents. It’s the kind of place where you’ll find people playing pinball, putting money in the jukebox, or playing the lottery and scratchers. This longstanding Tucson bar has been around since 1965. You can stop by “the Nug” for some draft beer, a conversation with the bartender, or a friendly game of pool with a local. Be careful: the Nug is known for pouring up some wickedly strong drinks.

A post shared by The Golden Nugget Tucson (@tthegoldennuggettucson) on Nov 6, 2017 at 8:32am PST

View more Arizona Bars and Saloons.
Select a Arizona town to find
the Best Things-To-Do and Places To Go around you