The 9 Best Speakeasies in Arizona! 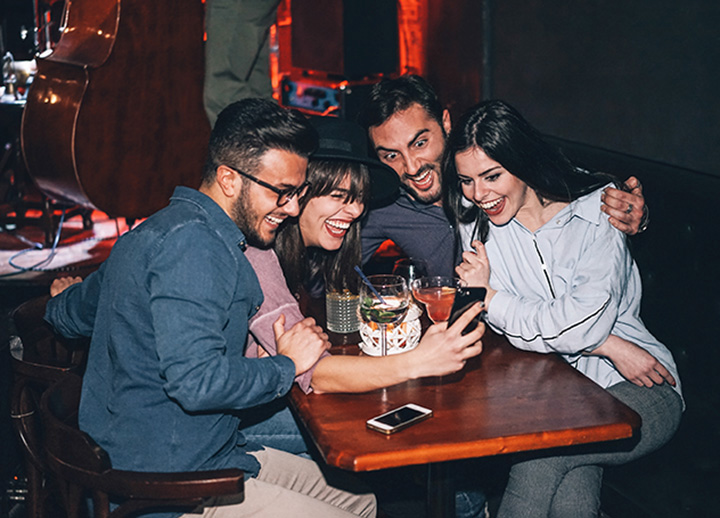 No type of bar is as cool as the speakeasy. The word “speakeasy” comes from the practice of speaking softly in reference to unlicensed saloons. They were once a playground for bootleggers, gamblers, and the wealthy. Though we’re no longer in the Prohibition era, that doesn’t mean you can’t get in on the fun. Just take a trip to one of these 9 Arizona speakeasies during your next night on the town!

What can you expect from a place called “The Mystery Room?” For one, you can expect an authentic speakeasy experience. That’s because this historic bar originally opened in 1929. It was once a playground for locals and celebrities that gathered on an invite-only basis. Located in the basement of the Arizona Biltmore, it still maintains it’s classic vibe. It’s filled with classic architecture and retro décor. This secret venue is only open on Sunday nights.

It doesn’t get more historic than the Monte Vista Cocktail Lounge. Located the Hotel Monte Vista, it was once home to bootlegging operations when it originally opened in the 1920s. That is until it was raided and shut down in 1931. The Cocktail Lounge reopened in 1933 and still stays true to its original spirit all these years later. The two-story lounge has a lively crowd, signature cocktails, and live music several nights per week.

UnderTow is bringing new meaning to the word “speakeasy.” This small underground bar may be hidden away like other speakeasies, but it’s nothing like its peers. It’s an island style cocktail bar with everything from Tiki cocktails to pirate ship décor. It’s also home to over 30 signature island cocktails.  This bar’s charming yet secretive vibe makes it one of the Valley’s best bars. Reservations are recommended, as it’s known to fill up quick.

No two trips are the same at the Still. This Prohibition-style speakeasy changes its cocktail menu every few weeks. It may be tough to find a spot at this tiny venue, but there’s no denying its allure. They stay true to the speakeasy nature by encouraging patrons to speak quietly and avoid photography. Their rules create a pleasant, relaxed environment for sipping cocktails. Speaking of cocktails, their amaretto sours are a crowd favorite.

The San Marcos hotel is one of Arizona’s oldest treasures. Many people know that this hotel opened in 1913 and is even listed on the National Register of Historic Places. What many don’t know, however, is that underneath the hotel lies an authentic speakeasy. The Ostrich is a craft cocktail lounge that used to be an underground speakeasy in the early days of the San Marcos. Today, it’s home to handcrafted cocktails and crowds of rowdy patrons. The Ostrich is open Tuesday through Saturday nights.

Scott & Co. is one of Tucson’s most popular bars. Located in a secret hallway connecting to the 47 Scott restaurant, it features all the elements of a classic speakeasy. There’s a dark atmosphere, expert bartenders, and classic cocktails like Manhattans and Old Fashions. It’s the kind of place where you can sit back with a cocktail and enjoy a cigar and good conversation. What more could you want?

Rokerij is a one-of-a-kind European speakeasy located in the heart of Phoenix. Located in a stone house, this speakeasy is accessed via a side door and underground in a stone covered cellar. Rokerij, which means smokehouse in Dutch, is as much about food as it is drinks. It features a seafood and southwestern infused menu to go with a great happy hour. This bar is a great place to enjoy a cocktail—it’s a cozy, dark and hidden spot.

Valley Bar is known for having great music. This downtown Phoenix hotspot is famous for its live music and bi-monthly Jazz series. Valley Bar is an underground bar that’s located in an iconic 1940s building. It features a lounge-type vibe and a number of tasty beverages. Not looking to unwind? You can enjoy their game room featuring billiards, shuffleboard, skee-ball, pinball and darts.

How do you know you’re at the Little Woody? This underground bar might be hard to find if you’re not familiar with its iconic owl logo. A neon owl sign indicates that you’ve made your way to this fun hangout. It’s less of a classic speakeasy and more of an underground dive bar. You’ll find bar games, wood paneling, and a lit up bar at this friendly Arcadia bar. Little Woody is also known for their epic whiskey collection and signature cocktails including options like the Arizona Mule and Alcoholic Salad.

View more Arizona Bars and Saloons.
Select a Arizona town to find
the Best Things-To-Do and Places To Go around you