The 11 Most Unique (and Amazing) Restaurants in Arizona! 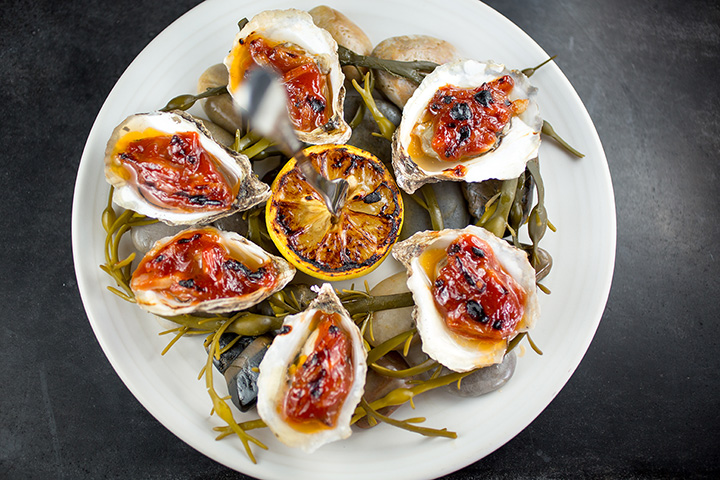 With southwestern ingredients and a melting pot population there are some seriously good restaurants around Arizona. That goes double for flair—with some restaurants offering unique and interesting themes and menu items. Whether you’re looking to chow down on rattlesnake, eat in a UFO-themed diner, or have the local Sonoran Dog—here are some of the most unique places to eat in Arizona.

The Farm Kitchen is the signature restaurant at The Farm property—a 40-acre farm in the greater Phoenix area with over 100 pecan trees. The Farm has been leading the way in sustainability for nearly 100 years and has some of the most delicious food in the Valley. Groups of 10 of more can book a “Picnic Party” in the five-acre grove. There they can enjoy an assortment of sandwiches, soups, and baked goods in a traditional picnic setting – complete with basket and blanket. Go for the pecan pie, stay for the setting.

This western style steakhouse is one of Phoenix’s oldest and most famous restaurants. The local staple has been perched atop South Mountain since 1971. This true cowboy hangout has a country theme and even a live bull parked outside. If you're looking for true adventure, order the authentic rattlesnake. It's deep fried, served up with a chipotle ranch, and makes for an easy brag to your friends.

The Salt Cellar derives its name from its seafood cuisine and its subterranean location. After entering the cellar, customers walk down three flights of antique stairs into the hidden restaurant. The idea of eating underground might be fear inducing—but it’s worth it for the delicious seafood. The Salt Cellar get’s fresh fish from around the world and regularly makes “Best of Seafood” lists.

Casey Moore’s Oyster House is known as a place to go for some good food, conversation and maybe a spirit or two. Constructed in 1910, this spot was once the home of prominent Arizonan's William and Mary Moeur. Since the residence was changed to a restaurant in 1973, there have been reports that the couple's spirits still haunt their old home. Casey Moore’s is also an Irish Pub and houses crowds looking for fresh oysters, beef selections, and a full bar.

Native Mexican Daniel Contreras opened his first hot dog stand in Tucson in 1993. He’s expanded his empire to include three restaurants by making the best Sonoran Dog in Tucson. This unique local dish is a bacon wrapped hot dog served with beans, onions, tomato, mayo, mustard and jalapeno sauce. This Mexican twist on an American staple is so delicious it was even featured on Travel Channel’s “Man v. Food.”

Cornish Pasty serves up British food and is known for their signature dish—the Pasty. It’s like a giant hot pocket filled with a delicious mix of British fare such as Shepherds Pie and Guinness Stew. Since opening in 2005, British owner Dean Thomas has opened several more locations and has included over 40 variations of Pasty to his menu. The British aren’t typically regarded for their food—but through a delicious mix of inventive flavors they’ve earned a well deserve pass.

Originating in the Arcadia area in 2001, Postino has grown to encompass five Valley locations by serving up some of the best Bruschetta in Arizona. Each location is set in a historical building and has a relaxed atmosphere and patio. Their unique Bruschetta combinations pair well with wine. Postino’s most popular deal is a $20 Bruschetta board and bottle of wine on Mondays and Tuesdays.

The Yard derives its name from the backyard vibe given off by the patio. This Fox Restaurant Concept is part of the Culinary Dropout franchise. The Yard’s patio includes fire pits and a plethora of games—including ping-pong, giant Jenga, and corn hole. In addition to serving up contemporary cuisine, the Yard has a full bar with everything from classic cocktails to cheap beer. Customers can even order the brown bag special—which is a surprise beer of the bartenders’ choice. Watch out for the Milwaukee’s Best!

Brat Haus brings a taste of Germany to Scottsdale. With its beers served out of steins and artisan sausages, the spacious patio of Brat House feels as if it’s a Biergarten in Munich. Brat Haus has 28 beers on tap—ranging from the best German beers to craft American selections. The patio includes classic games like bag toss, darts, and giant Jenga and is also dog friendly.

Lindy’s on 4th is serious about burgers. So much, in fact, that they’ve created the mother lode of all burgers: The OMFG. This behemoth includes 6.5-pound patties of meat with one pound of cheese. If finished in less than 30 minutes, your picture will be placed on the wall of fame for eternity. Hungry college students and brave challengers all unite to take down this monstrosity. Lindy’s is also known for having some of the most creative burgers including rare options like the mac and cheese burger.

Arizona is home to some of the best Mexican restaurants in the United States. One of the best such restaurants is Los Reyes de la Torta, the king of the tortas. This restaurant serves up a variety of tortas, which are unique Mexican sandwiches. Though there are plenty of delicious tortas worthy of admiration, the ultimate is the Torta King Carlos V. This monstrous sandwich is truly fit for a king. It combines pork sirloin, breaded beef, chicken, sausage, bistec, chuleta, ham, melted cheese, chipotle sauce and dressing, tomato, onion, avocado and is even topped with an omelet.