The Best Cycling Races in Arizona! 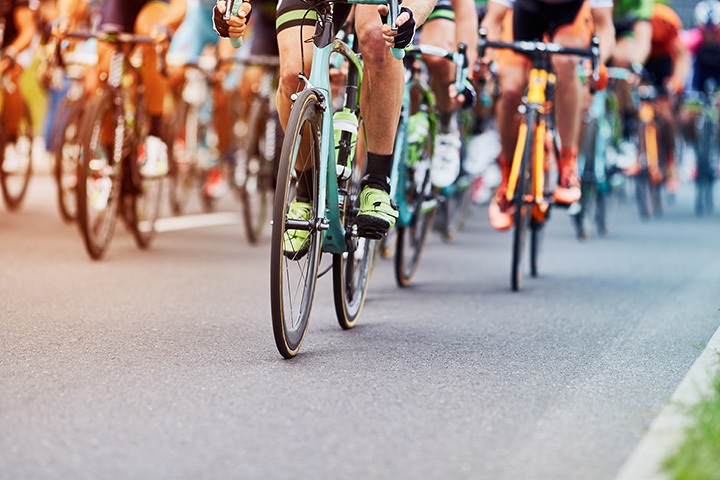 Arizona cyclists should consider themselves lucky. It’s not normal to have year-round races, rolling hilltops and mountains, and a beautiful desert backdrop right in your backyard. Cyclists of all skill levels and styles have a plethora of races at their disposal in Arizona. Here are some of the most scenic, challenging, and popular local races for cyclists to enjoy.

El Tour de Tucson is held annually the Saturday before Thanksgiving. Cyclists of all levels and ages come out for southern Arizona’s largest participatory sporting event. El Tour consists of distance races of 106, 76, 54, 37 or 28 miles as well as a fun ride of 11 or five miles. The race takes riders on a loop of Tucson with routes highlighting the mountain backdrops of the Sonoran Desert. In addition to the ride, El Tour has many fundraising programs and cyclists are encouraged to raise contributions for nonprofits. Post race, riders collect their medallions and congregate at the El Tour Downtown Fiesta—a party complete with music, vendors, and a beer garden.

Sky Islands are mountain ranges surrounded by radically different lowland environments. This one-day bicycle race takes cyclists on a tour of these environments through historic Bisbee and through the San Pedro River. This September event started as an effort by National Alliance on Mental Illness to raise funds for awareness and advancement of mental health. Serious riders can take part in the 62-mile Metric Century Race, whereas inexperienced riders can choose between the 21-mile Cochise-Vista Ride and the five-mile fun ride.

This three-day USA Cycling stage race tests riders with a time trial, road race, and circuit race. Over the last 30 years, this race has regularly attracted top talented children all the way up to senior citizens. Riders move through west and southwest Tucson as they are challenged by several uphill loops. Riders must complete each stage to start the next and the lowest cumulative time in each category is named the winner. The Tucson Bicycle Classic is held in March.

The Mount Graham Hill Climb is 20-mile ride in a remote area near Safford, Arizona. Don’t be fooled by the distance. Mount Graham is regarded as having one of the most difficult climbs in Arizona. The climb begins in the high desert and ends in alpine forests with a six percent average grade increase. The ascent is nearly 6,000 feet and there is no support throughout the entirety of the race. This October race is also the hill climb for the Arizona State Championship.

The Prickly Pedal is a 40-mile mountain bike race through desert terrain. The inaugural event in January of last year saw nearly 300 riders participate in the challenging and scenic ride. The race is a winding course through the northern Maricopa Trail showcasing some of the best views of the Sonoran Desert. All proceeds from the event go towards supporting the Maricopa Trail and Park Foundation to ensure cycling’s long term future in Arizona. Racers also reap a free breakfast on race day and an after party with a beer garden in Lake Pleasant.

View more Arizona Cycling and Bike Races.
Select a Arizona town to find
the Best Things-To-Do and Places To Go around you