On September 30, 1968, the 90th Congress passed Public Law 537 authorizing the Central Arizona Project (CAP) to acquire the Paradise Valley Flood Retention Basin as a part of the project.

The Management Plan developed to oversee the CAP established a public recreational use for land making up the detention basins acquired to protect the CAP canal from flooding.

July 29, 1982 – City Enters Into Agreement with Bureau of Reclamation

The City of Scottsdale entered into a Cost-Sharing and Land Use Agreement with the Bureau of Reclamation to operate and develop the initial 132 acres of Bureau property, now identified as WestWorld.

The agreement clearly identifies that the City "agrees to operate the project land for optimum enhancement of general recreation consistent with authorized project purposes".

Scottsdale Horseman’s Park replaced and added the amenities at Cholla Park, but was not a replacement of the City of Scottsdale facility. This development was a new facility on Federal land subject to all policies and procedures of the Bureau of Reclamation.

This original agreement, Contract No. 2-07-32-L0793, clearly identifies the need for development of general uses. At no time does the agreement indicate that Horseman’s Park will be developed for equestrian uses only.

Beginning in 1983, construction began on two arenas, lights, entry road, and parking. Additionally, the first of three buildings was relocated to Horseman’s Park to act as the clubhouse and restroom facility for the new area.

During this time period, the two additional buildings were moved onto the property to house the administration and the business show offices.

Also, during the same time period, the City assumed oversight responsibility of the remaining 224 acres in the basin, thus bringing the total site acreage to 356 from Pima Road to 108th Street.

March 14, 1984 – First Amendment to Cost-Sharing and Land Use Agreement

This amendment defines more specifically the cost-sharing amount limit by the Bureau of Reclamation in support of this project.

February 21, 1985 – Second Amendment to Cost-Sharing and Land Use Agreement

This amendment clarifies wording regarding exhibits described in the Cost-Sharing and Land Use Agreement.

March 17, 1986 – Third Amendment to Cost-Sharing and Land Use Agreement

This amendment modifies the term of the agreement to reflect a 25-year renewal option after the initial 50-year term.

July 1, 1986 – Use and Management Agreement Signed by City of Scottsdale and K-Lin Corporation

The City entered into a Use and Management agreement with K-Lin Corp. to operate and develop a recreational facility to be known as Horseman’s Equestrian and Theme Park. The proposed commercial activities identified for the park included an amphitheater, museums, state exhibit center, and other facilities. The list of proposed uses is included in the agreement. It was the vision of K-Lin Corp. to acquire an additional 300 acres of property adjacent to WestWorld. The agreement between K-Lin Corp., and the City of Scottsdale committed two percent (2%) of all gross revenues on WestWorld and all facilities owned by K-Lin Corp. on adjacent property.

The Use and Management Agreement and its attached Master Plan clearly identifies Horseman’s Equestrian and Theme Park as a multi-use public recreation facility and was approved by the Bureau of Reclamation. Activities on the facility ranged from equestrian events, mud bog dragster races, concerts, motorcycle races to the Barrett/Jackson Antique Car show.

In 1986, the City of Scottsdale completed the initial construction of Horseman’s Equestrian and Theme Park. Total cost for construction was $10,000,000. This project included the grading of the 356 acres of Bureau of Reclamation land to create the necessary retention basins and building pads with minimum elevations of six inches over the 100-year flood elevation. Additionally construction included all utility infrastructure, six arenas, ten 48-stall barns, one Grand Prix field, utilities for 600 temporary horse stalls, and 100 recreational vehicle spaces.

K-Lin Corp. assumed management responsibility of the facility as the project elements were completed.

K-Lin Corporation, with the City of Scottsdale and Bureau of Reclamation approval, built the covered Equidome Arena.

September 8, 1987 – Fourth Amendment to Cost-Sharing and Land Use Agreement

This amendment includes the addition of a parcel of land located south of the dike area at the northeast corner of Pima Road and the Granite Reef Aqueduct.

K-Lin Corporation, with the City of Scottsdale and Bureau of Reclamation approval, constructed what is now called Monterra Catering.

The Bureau of Reclamation directed the City of Scottsdale to undertake a detailed review of the 1988 Conceptual Master Plan and update the plan if necessary. The Bureau of Reclamation also directed the City of Scottsdale, along with the management company, to develop a Facility Operation Plan. This plan would identify exactly how all facilities would operate and be available to the public.

The management company at WestWorld, Horseworld Joint Venture, working with the City of Scottsdale and Bureau of Reclamation, developed the Facility and Management Operations Plan as a guide for the daily operation of the WestWorld facility. This document outlines the approved uses, as well as policies and procedures that support the historical established uses and current allowed uses at WestWorld.

Moreover, this document modified and updated the facility Master Plan. The revised Master Plan identified all existing elements of the WestWorld facility, and allowed for new elements such as:

HJV also retained the right to be the concession operator for the WestWorld restaurant and the concession rights to develop and operate the proposed WestWorld Golf Facility. The agreements necessary to accomplish this transaction are listed below.

Agreement #960213, between the City of Scottsdale and HJV, d.b.a. WestWorld of Scottsdale, HJV sold its license rights and tangible and intangible property interests in the WestWorld facility to the City.

Agreement #960214 authorized Pegasus to operate a restaurant and catering concession on-site. Agreement #960215 authorized Capital Realty Corp. as the golf course concessionaire and requires Capital Realty Corp. to finance, develop, construct and operate an 18-hole golf course at the east end of WestWorld. Under these agreements, the City continues to receive two percent (2%) of the generated gross revenues.

Immediately after regaining operational responsibility, the City of Scottsdale, the Bureau of Reclamation, and a variety of facility users and Scottsdale citizens began a process directed at the development of a Business Plan. The Business Plan would guide the future use and development of WestWorld.

This diverse group of people developed a plan for facility development and use that addressed the needs of the WestWorld facility and the City of Scottsdale. This plan also reflected the policies of the Bureau of Reclamation to provide fair and equal access to this Federal land.

The Scottsdale City Council approved the Business Plan and staff forwarded this document to the Bureau of Reclamation for their review and approval.

The Bureau of Reclamation approved the Business Plan. Their approval confirmed the vision and mission statements, along with the appropriate uses on Federal land. Additionally, this document again updated the on-going Master Plan to reflect the conceptual uses and development for the future.

Mission Statement: WestWorld of Scottsdale is dedicated to providing public recreational opportunities and a venue for entertainment activities with an emphasis on equestrian and western theme events to citizens and target market visitors. WestWorld will enhance Scottsdale’s image as the West’s Most Western Town. WestWorld will offer equal public access and excellent customer service.

November 3, 1998 – Fifth Amendment to Cost-Sharing and Land Use Agreement

This amendment established the Basin Management Fund. This Fund is used to "develop, operate, maintain and/or improve the WestWorld facility and lands for public recreation".

September 7, 1999 – Sixth Amendment to Cost-Sharing and Land Use Agreement

This amendment includes the addition of wetland habitat within the confines of the WestWorld Golf Course (now called Sanctuary).

September 7, 1999 – Seventh Amendment to Cost-Sharing and Land Use Agreement

This amendment includes the addition of a parcel of land located south of the Hayden-Rhodes Aqueduct, at the southwest corner of Pima Road and the canal.

September 22, 2000 – Eighth Amendment to Cost-Sharing and Land Use Agreement

This amendment allows the Bureau of Reclamation to cost-share with the City for up to $175,000 for the design and construction of a public trailhead at WestWorld.

WestWorld of Scottsdale is not affiliated with AmericanTowns Media
Mar
17 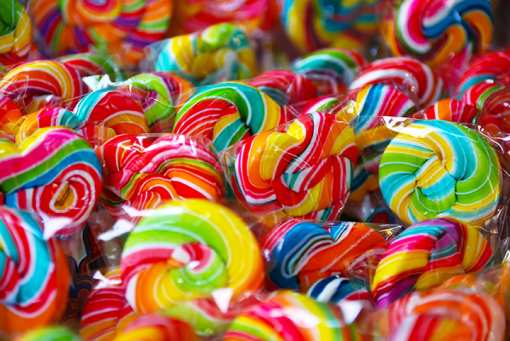 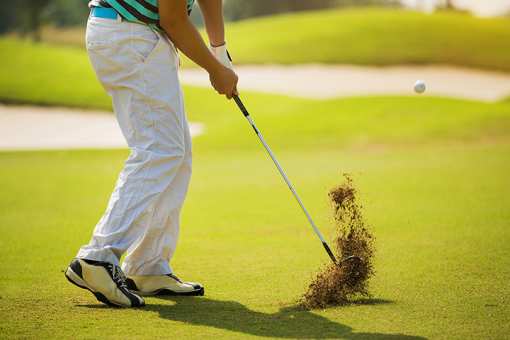 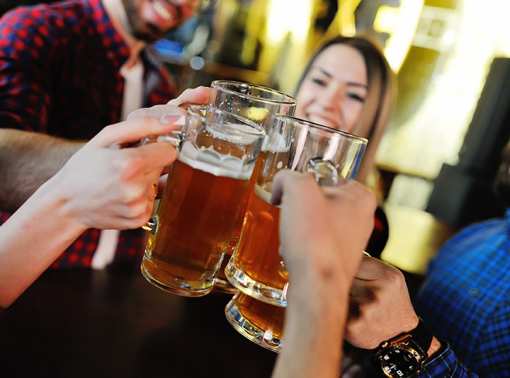 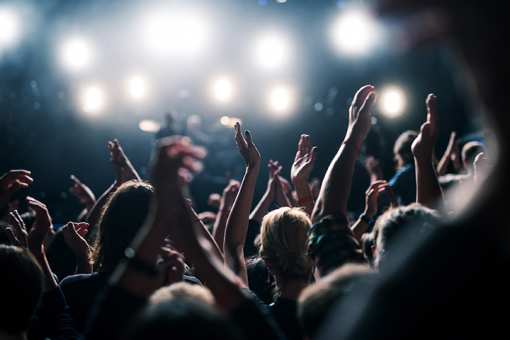 The city of Arizona is full of music halls, venues hosting live concerts and musicals to keep city and area residents as well as visitors entertained. If you want to hear high quality music in the… Read More
Show More
Select a Arizona town to find
the Best Things-To-Do and Places To Go around you