The 9 Coolest and Most Unique Hotels in Arizona! 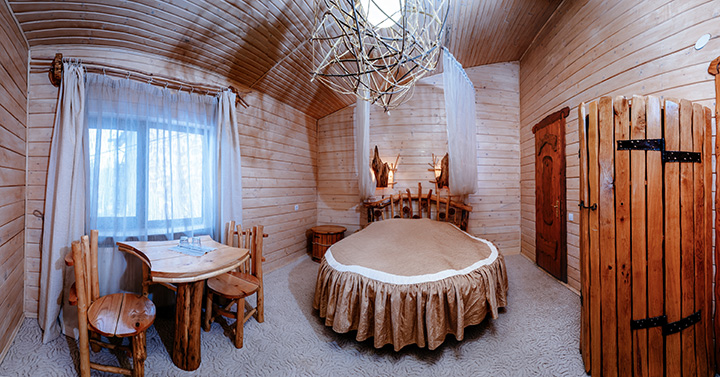 Gone are the days when hotels were just about comfortable lodgings and gastronomical food, today the guests want something different. Check out 9 such innovative and unique hotels in the state of Arizona.

With Shady Dell you can time travel back to the retro era of the 90s. This Bisbee-based hotel is made up of a series of shiny glittering trailers that are best for road trips and family vacations.

The Native American inspired tent-like accommodation at Wigwam Village is perhaps the weirdest of Arizona’s tourist attractions. Set in Holbrook, this place was built in the 1930s-40s and was even featured in the animated movie Cars.

The Jerome Grand Hotel started out as a hospital in 1927 and was later used for lodging people in 1994. The place is rumored to have ghosts and a spooky atmosphere, also the restaurant here is called The Asylum thus adding to its scary image.

Considered to be among Arizona’s oldest running hotels, the Copper Queen in Bisbee is a Victorian style house built in the early 20th century. Some people even believe that the place is haunted by ghosts.

A reminiscence of the Gothic period, the Mollohan Castle in Tucson was constructed in the 80s. It was built to resemble a castle and has even incorporated the towers, moat and archways typical of a castle in the medieval period.

Set in Tucson, Arizona Hotel Congress is famous for the legendary capture of the wanted bank robber John Dillinger in the year 1934. Built in the year 1919, the Congress hotel is still known as the site that witnessed an epic capture.

Imagine living in a school! Yes, the Schoolhouse Inn located at Bisbee started out as the Garfield School in 1918 and has since been offering school-themed rooms and suites to guests. Some of the themed rooms include the Principal’s Office and the Art Room and so forth.

This retro-themed boutique hotel is full of modern facilities and high tech perks. You even get your private pool and terrace where you can sunbath or gaze at the sky at night. Replete with so many luxuries, this place is perfect for escaping the din and chaos of Phoenix.

Set in the Valley of the Sun, this resort offers a whole range of indoor and outdoor attractions that are ideally suited for adventurous guests. You can try out a whole range of athletic activities such as tennis, swimming, hiking, and so on.