The 9 Best Vegan and Vegetarian-Friendly Restaurants in Arizona! 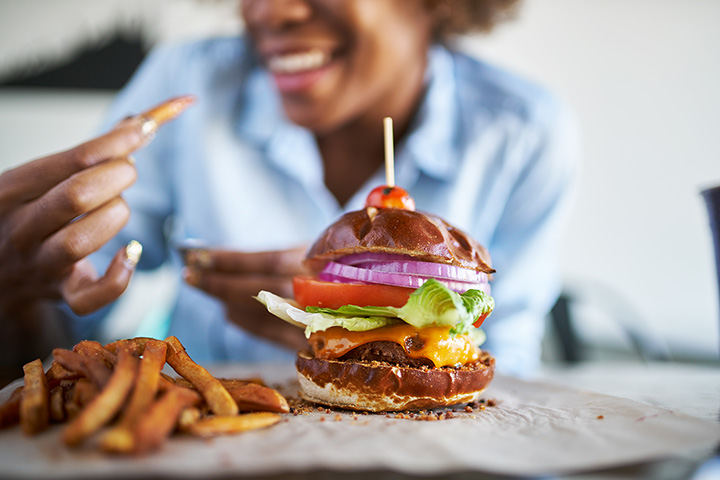 You don’t have to be a meat eater to enjoy authentic Thai food. At least, that’s the case at Red Curry Vegan Kitchen. This cozy Thai restaurant has an exclusively vegan menu. They serve meatless and dairy free versions of traditional Thai cuisine. Starters include kale chips, deep fried tofu in peanut sweet and sour sauce, and samosa wontons. Their entrees include spicy curry, pad Thai, and other rice and noodle dishes that bring forth the tastes of Thailand. This might be one of the best restaurants in Arizona.

There aren’t many vegetarian restaurants where you can enjoy a burger and chili cheese fries. But most vegetarian restaurants aren’t as enjoyable as Green New American Vegetarian. This vegan-vegetarian restaurant shows that you don’t have to exclude favorite menu items for the sake of being healthy. Vegetables are on full display on their creative plant-based menu. You’ll find tasty starters like the Buffalo wings made with cucumbers, carrots, and dilly ranch. Their cheesesteaks and green burgers may be made with mock meats and vegan cheeses, but they’re so good they taste like the real thing.

The Tasteful Kitchen makes sure hungry customers can enjoy their food regardless of dietary restrictions. Their menu is filled with vegan and gluten free options. Their tasty options include Korean barbecue cauliflower bites, miso eggplant, and daikon ramen noodle bowls. In addition to the food, the Tasteful Kitchen is a big supporter of the local community. They use fresh, locally grown produce and display local artwork on their walls.

You’ll find feel good food and drink at Original ChopShop. Their motto is that eating well makes us happier people. That might be the case if you’re eating ChopShop’s food. They have enough tasty menu items to make any vegetarian salivate. They also have options for people with gluten free and vegan diets. You’ll find a mix of salads, sandwiches, and fruit bowls on their menu. Don’t forget to add protein. Their vegetarian friendly tofu grilled protein bowl is a crowd favorite.

Urban Fresh may be new, but they are a favorite among vegans and meat eaters alike. They make healthy, animal free fare using unprocessed and locally sourced ingredients.  They have an array of vegetable based juices, berry based smoothies, and greens on their menu. Speaking of greens, their green Goddess wrap is a can’t miss. This family-run business opened in 2015, but it’s safe to say they’ll be around for years to come.

Loving Hut has dominated the vegan scene and now has over 200 locations worldwide. They bring their 100 percent vegan menu to Arizona with three Valley locations.  They offer great tasting vegan cuisine that can help people transition to a plant-based diet. Loving Hut’s signature dishes include a mix of garden burgers and Asian soups and starters. The preferred entrée is the spicy cha cha cha. It’s a pank-crusted yam based protein served with onion and bell pepper.

True Food Kitchen is a health food driven restaurant. In fact, it’s hard to find any unhealthy items on their eclectic menu. They offer options for all foodies including vegetarians, vegans, and gluten-free. True Food also caters to a variety of different tastes with a wide-ranging menu. You can find everything from spaghetti squash casserole to poke bowl and quinoa burgers on their menu. Their two Valley locations are also trendy and a fun place to grab happy hour drinks.

It’s difficult to highlight the menu items at Desert Roots Kitchen. That’s because their menu changes daily. Let’s just say that every day you’ll find fresh, tasty, and affordable options at Desert Roots. They focus on farm fresh, organic food that is exclusively vegetarian. In addition, they have many items available for customers with food allergies.  You may not know what’s on the menu, but rest assured you’re bound to have some tasty food at Desert Roots.